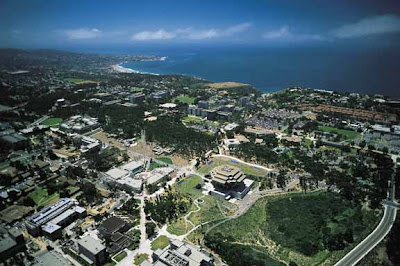 The University of California, San Diego again ranks sixth among top U.S. universities in federal research and development expenditures for fiscal-year 2008, with $491 million in federal R&D money and $842 million in total R&D expenditures. The numbers were announced by the National Science Foundation (NSF).

The North County Times covered this story, and included a nice graph.
Posted by Daniel at 9:39 AM