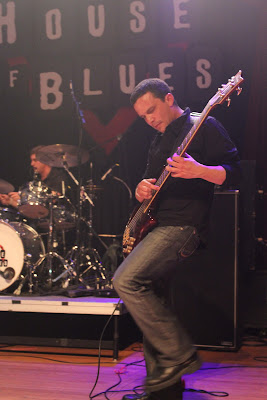 Computer science professor Serge Belongie is taking a next step in his—musical—career: Belongie and his band, SO3, are featured on the soundtrack of a new movie that will screen at 4 p.m. Sept. 15 at the UC San Diego Price Center Theater.

“The PhDMovie” is a live-action adaptation of the popular online series PhD Comics. It was produced in partnership with Caltech and filmed there. The Caltech connection is how Belongie’s band got the movie gig. Belongie earned his bachelor’s degree at the Pasadena campus and has kept in touch with Bill Bing, the director of bands at Caltech, ever since.

Bing passed some of Belongie’s music on to the movie’s music director. Jorge Cham, the creator of PhD Comics, heard some of SO3’s songs. He invited the band to contribute three songs to the movie adaptation of his work. “Invincible” is used during the movie’s opening scenes. Two other songs, “Streets” and “Johnnie on the Underground,” are used later on, during transition scenes.

If you’re curious about the movie and Belongie’s band, or are already a fan, be sure to head out to the Price Enter this Thursday. And bring some friends.

Meanwhile, take a listen to "Johnny on the Underground" and watch one of the band's latest hits, "I Just Want You To (Dance With Me Tonight)" on YouTube.

You can also listen to SO3's hit "Invincible" right here:

Photo: Courtesy of Serge Belongie/ Jeff Brown
Posted by Ioana Buibas at 10:49 AM