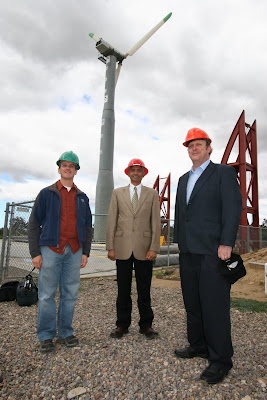 KUSI is just one of the local TV stations that covered the earthquake tests of wind turbines. As far as we know, this is the first shake test of wind turbines in which the turbine blades were turning during the test. Below is what KUSI had to say:

Earthquakes and renewable energy aren't usually mentioned in the same conversation, but a team of engineers at UC San Diego wants to know what one would do to the other.

Here is the link to the KUSI story with video.
Posted by Daniel at 1:28 PM